MNO Projects is a new company offering a perfect tailored Brexit solution . If you are a UK company trading with Europe experiencing daily reluctance from your EU customers to buy from the UK because of extra cost incurred by importing their orders in Europe, come joining us to beat the Brexit. MNO Projects handles the redistribution of your EU orders giving your customer friction free trade as it was pre Brexit.

MNO Projects' unique organization offers a dynamic and exclusive service shared between a limited number of non-competing UK companies: this is an extremely cost-effective Brexit solution:
- we act in very close collaboration with your company, on your behalf and in full respect of your trading terms and sales policy; your orders are efficiently delivered to your EU clients within a week from departing the UK.
- we preserve your company identity; your clients remain yours.
- you benefit of our shared structure making your cost 5 times lower than establishing your own company in Europe. 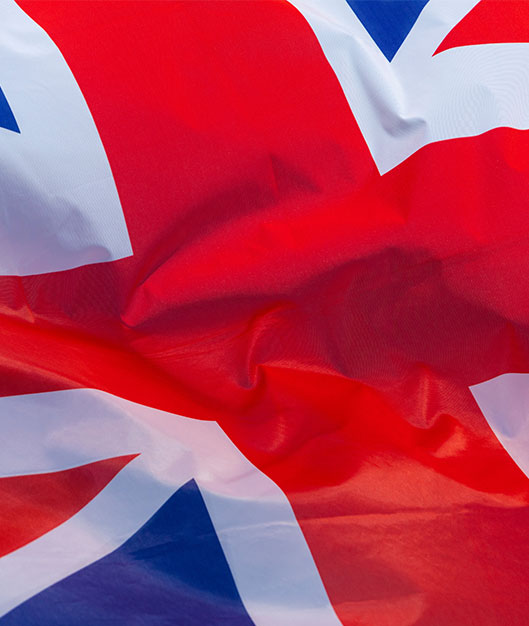 In 2016, with never any consideration given to the possibility that the UK would vote to leave EU, Mike Bennett and Olivier Pelleray took a majority shareholding in French weaving factory, FCN Textiles. The main interest for Bennett Silks was to add a silk manufacturing side to our well-known profile as a convertor and wholesaler. FCN, formally internationally known as TBM, has over 120 years of archives and history. FCN produces exclusively in its factory high end French fabrics for the fashion industry, and are proud to produce articles for companies such as Hermes, Chanel, Louis Vuitton etc.

Then Brexit happened. It was a hard Brexit, the worst-case scenario for all UK companies with an established EU sales network. Having some space and resources available at FCN, we have created a fantastic solution for Bennett Silks, that we are able to share with other U.K. companies wishing to retain friction free trade with Europe. 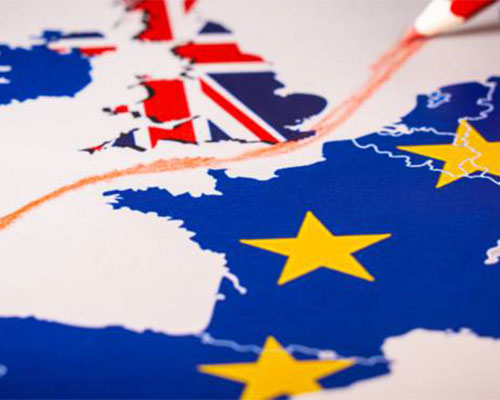 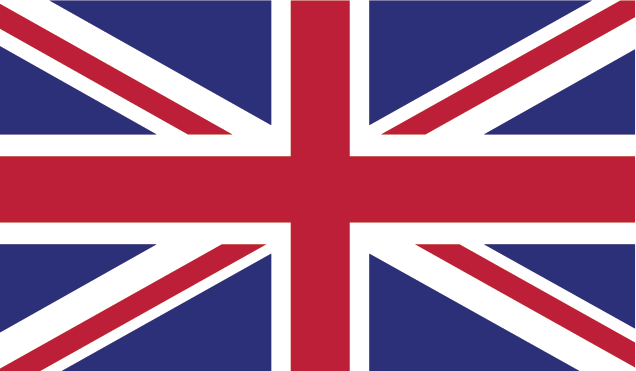 Schmidt AG is a German client of Bennett silks UK. Twice a month they used to order 600€ a month of silk. Since January 1st, they are totally upset having to pay to DHL - duties, brokerage fees and VAT, prior to receiving their goods. In this example it adds 200€ to their cost. They know VAT should be recovered at some point with their tax return, but they are small, and to protect cash flow they do not want to have to pay all this in advance. Additionally, if the silk is non EU origin, they do not want to be charged duty at 6.9% and 17.50 – 25.00 Euro for DHL brokerage fees, applicable to every order. As much as they love Bennett Silks, by history and for its excellent service, they informed us that unfortunately to avoid all this, they will look for EU supplied silks.

MNO is a new company based in France specifically created to answer the Brexit problem. MNO is a subsidiary company of FCN Textiles today owned by 3 associates Mike Bennett, Olivier Pelleray and Nadine Traclet our original FCN Textiles founder.

The MNO business plan is designed to be nearly invisible, avoiding to hand over your European business to an importer. Indeed, we want our Bennett Silks clients dealing with Bennett Silks UK as usual, contacting our main office in Stockport, talking to their normal contacts, and ordering in confidence as usual. Once it comes to delivery of their order, they will receive it not from Stockport UK, but from MNO BENNETT SILKS EUROPE, Fourneaux, France, La Loire, near Lyon, in the Beaujolais area.

Internally, every week in Stockport, our Bennett Silks team will prepare all the European orders, proceeding usual thorough quality inspection and careful packing. All these orders, individually packed, will be put together in (hopefully!) a large, consolidated package which will be shipped to FCN Textiles, France once a week. MNO Bennett Silks Europe will effectively buy the goods from Bennett Silks UK Landed Duty Paid; Bennett keeps control on goods origin and ensure duty is properly settled only if needed. MNO will deal with importing the goods in France, paying import VAT. Once the goods have arrived at MNO, they will officially become European. MNO will pay to Bennett silks their invoice related to these imported goods. MNO will carry out necessary administration work consisting of invoicing/accounting and proceed with re-shipping to Bennett’s final customers throughout Europe using a dedicated courier account (offering good negotiated rates to protect final clients from higher cost than usual).

Mike Bennett and Olivier Pelleray have designed this project over the past 3 years and MNO was created to offer this service to BENNETT SILKS. To help covering its cost, we offer joint use of the facility to a limited number of UK companies facing similar problems. Our concept is clever, keeps control of your margin and benefits from having a cost-effective infrastructure already in place.

Every client of MNO, will operate on the same principle that has been described above for BENNETT SILKS. MNO will create your own visual identity supported by an MNO invoice yielding its identity to your brand. MNO will open a separate bank account dedicated to your business.

MNO’s system will care for your European business with a thorough follow up, transparency and accurate accounting complying with European laws. If reassurance is required, FCN Textiles has been awarded twice in 2016 and 2020 for impeccable government tax investigations records.

Mike Bennett our Public Relations manager overlooks all aspects of our collaboration with you and monitors the organization on the UK side. Nadine Traclet our Production Manager runs all logistic aspects on the continent side. Olivier Pelleray our President cares for general organization, finances and administrations of MNO Projects.

This is a great solution. for the future, let us hope it will help to increase the turnover after this corona stuff.
Regards Sallo.

Hello ,OK. it's very good how you did it! Best regards,
Julia

I wanted to know our customer's opinion first. I have been able to speak with them - they think it is a very good idea. I also see it very well, customers are not used to making imports and expenses increase approximately 40%. This option of serving orders from France will help a lot. Thanks, kind regards.
Jose Luis 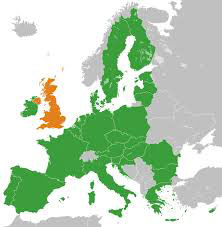 Fashion company boss says only way for many firms to survive as costs soar is to open bases in France, costing vital UK jobs 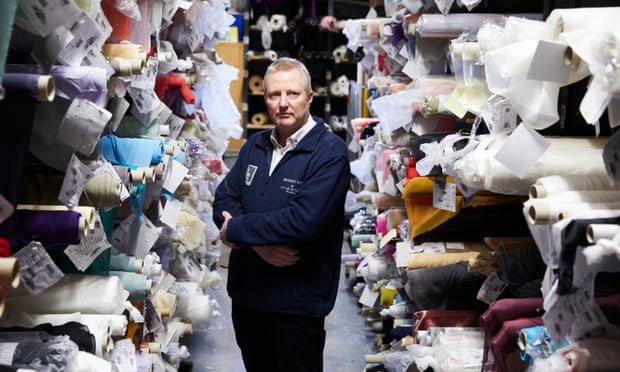 BENNETT SILKS - The GUARDIAN / The OBSERVER by Toby Helm

Brexit: as half its sales are wiped out, silk firm joins exodus to Europe

Mike Bennett runs a small firm called Bennett Silks in Stockport, Greater Manchester, which has been in his family since his great-grandfather set it up in 1904.

The company employs 15 people, and has, in normal times, an annual turnover of about £2.5m. It operates in what Bennett describes as “a niche market at the top end of fashion”. The silk is produced in a region of China that has precisely the right climate for the mulberry tree to prosper. Silk worms feed on mulberry leaves.

Brexit: as half its sales are wiped out, silk firm joins exodus to Europe
Fashion company boss says only way for many firms to survive as costs soar is to open bases in France, costing vital UK jobs
Mike Bennett at Bennett Silks Limited in Stockport. Photograph: Christopher Thomond/The Observe

Mike Bennett runs a small firm called Bennett Silks in Stockport, Greater Manchester, which has been in his family since his great-grandfather set it up in 1904.

The company employs 15 people, and has, in normal times, an annual turnover of about £2.5m. It operates in what Bennett describes as “a niche market at the top end of fashion”. The silk is produced in a region of China that has precisely the right climate for the mulberry tree to prosper. Silk worms feed on mulberry leaves.

The company imports the silk, then sells to a wide range of industries, from the makers of wedding dresses to film-makers, theatres, high-end boutiques, firms that manufacture clothes for jockeys to wear at race meetings, and people who want special garments made for parties.

Covid-19 was a disaster for sales, but then came Brexit. “Having spent the last 25 years developing a successful sales operation throughout the EU, which until recently accounted for about 50% of our sales, we are now facing the prospect of our EU business being wiped out due to the complications of the Brexit deal,” says Bennett.

“Feedback from our clients on the continent is that they will not accept the extra customs charges and duties, and will simply switch to our competitors who remain in the EU. Who can blame them? I would do the same.”

Like many other UK small businesses – the British Chambers of Commerce said last week that half of small businesses that export to the EU from the UK were struggling with Brexit rules, regulations and costs – Bennett says he has no option but to shift part of his company from Stockport to France, so it is back inside the EU’s single market.

“Our only chance to retain EU business is to create a distribution centre in France,” he said. This, unfortunately, will have the effect of taking jobs and economic activity away from north-west England.

Luckily, back in 2016 Bennett took a majority shareholding in a French weaving factory based between Lyon and Roanne, and which still has spare space. To help cover his costs Bennett will offer joint use of the facility to other UK companies with similar problems.

“There must be thousands of companies in exactly the same situation. If they all reduce their UK staff by one-third, the consequences to the UK economy will be massive,” he says.

Already the authorities in the Netherlands and Austria are luring hundreds of UK companies into their territories and tax jurisdictions as UK exporters struggle. And now, so too are the French.

Artus Galiay, the representative to the UK for the Hauts-de-France region that extends from the outskirts of Paris to Calais and Dunkirk, says the regional council there is not trying to act as a parasite on the UK’s post-Brexit economy – but to help.

He is, however, keen to sell what the region offers, and delights in historical allusions. Hauts-de-France offers industrial and logistics sites, what he calls “a dynamic commercial real estate market with competitive costs”, as well as lawyers and accountants. It also wants a chance to repay past generosity.

“We are here to strengthen relations that are centuries old,” says Galiay. “History fans will remember that around 500 years ago, in 1520, it was Henry VIII who welcomed his rival French King François I at the Field of the Cloth of Gold near Calais, at a time when the city was English. Five hundred years later, we are here to return that favour.”

Bennett, meanwhile, is glad that after a dismal period, his French investment will help Bennett Silks in a way he had not expected. But he still can’t believe the unnecessary problems that have been put in exporters’ ways. He ridicules the idea that other trade deals with far-off countries will replace being members of the EU single market.

“To turn our backs on the world’s largest trading bloc, which is on our doorstep, in favour of trying to create trade deals with countries that couldn’t be further away, and have much smaller economies, is total stupidity and beyond comprehension,” he says.

“Covid has kept the Brexit issues out of the headlines, but to try and get a message across to our single- minded, short-sighted government, it needs to be in the headlines. I cannot think of one single positive benefit from Brexit, only negatives, and all my customers and contacts are of the same opinion.

“Britain used to be great but no longer,” he says, blaming Tory politicians at the top of government. “To adapt a phrase from our most famous leader, ‘Never in the field of British business has so much been destroyed for so many, by so few.’”